MIT has taken the first steps towards turning plants into functional lighting by embedding the firefly enzyme in the leaves of a watercress plant.

By introducing specialised nanoparticles into leaves, engineers at the Massachusetts Institute of Technology have created plants that can glow for nearly four hours.

It is a breakthrough that the university claims could allow house plants to be used as low-intensity indoor lighting and trees to act as self-powered streetlights.

Method could be used on any plant

To create the glow, the plants were impregnated with a solution that combines luciferase – the enzyme that gives fireflies their glow – which reacted within the plant’s leaves.

The result is a dim light that lasts for around three and a half hours. The method can be used on any type of plant, and has so far, been tested on arugula, kale, and spinach, in addition to watercress. 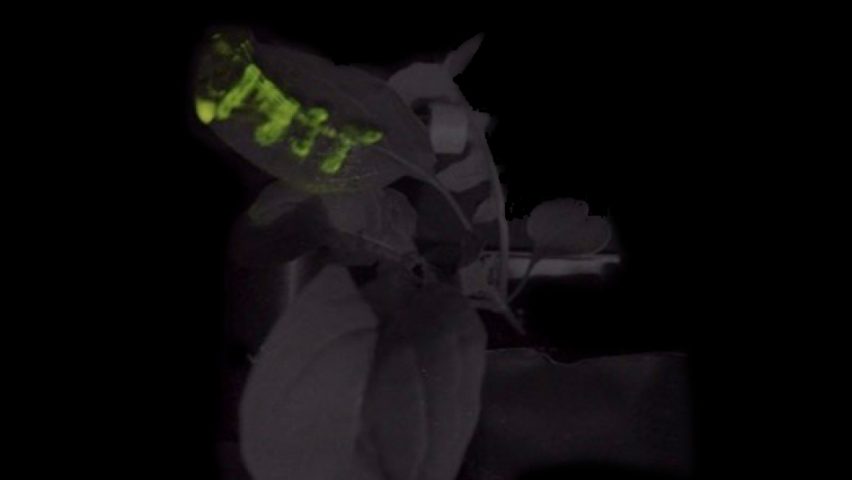 Currently a 10-centimetre long glowing watercress seedling can only emit about one-thousandth of the amount of light needed to read by. However, the engineers working on the university’s plant nanobionics programme believe that with further optimisation, glowing plants could function as light fixtures bright enough to illuminate a workspace.

Vision for plants that work “as a desk lamp”

“The vision is to make a plant that will function as a desk lamp – a lamp that you don’t have to plug in,” said Michael Strano, senior author of the study and Carbon P Dubbs professor of chemical engineering at MIT.

“The light is ultimately powered by the energy metabolism of the plant itself,” he added.

“Plants can self-repair, they have their own energy, and they are already adapted to the outdoor environment. We think this is an idea whose time has come. It’s a perfect problem for plant nanobionics.”

MIT is now working to further optimise and fine tune the concentration and release rates of the components, to further boost the brightness and duration of the light.

The watercress created by MIT can glow for almost four hours

In the future, the researchers also hope to develop a way to paint or spray the nanoparticles onto plant leaves, which could make it possible to transform trees and other large plants into light sources.

“Our target is to perform one treatment when the plant is a seedling or a mature plant, and have it last for the lifetime of the plant,” Strano said. “Our work very seriously opens up the doorway to street lamps that are nothing but treated trees, and to indirect lighting around homes.”

By adding nanoparticles carrying a luciferase inhibitor, the researchers believe it will be possible to turn the light off. This could lead to the creation of plants that can respond to environmental conditions such as sunlight, and stop emitting light.

Plants can also be engineered to detect explosives

The university’s plant nanobionics group is also investigating other ways plants can be engineered to replace functions currently performed by electrical devices.

Funded by the US Department of Energy  the group is embedding plants with different types of nanoparticles to develop plants that can detect explosives and plants that can monitor drought conditions.

Back in 2014, Dutch designer Daan Roosegaarde made the same prediction as the MIT engineers when he told Dezeen that in the future glowing trees could be used “instead of street lighting”.

At the time, the designer was exploring ways of using bio-luminescent bacteria found in jellyfish and mushrooms to create glow-in-the-dark vegetation.