A team of scientists in the UK have developed a biodegradable construction material made from desert sand – a resource that has until now been useless for construction.

Called Finite, the material was developed by a group from Imperial College London. It is as strong as concrete but has half the carbon footprint.

The breakthrough comes amid increasing concern about the world’s dwindling supplies of construction-grade sand, which are an essential ingredient in concrete. 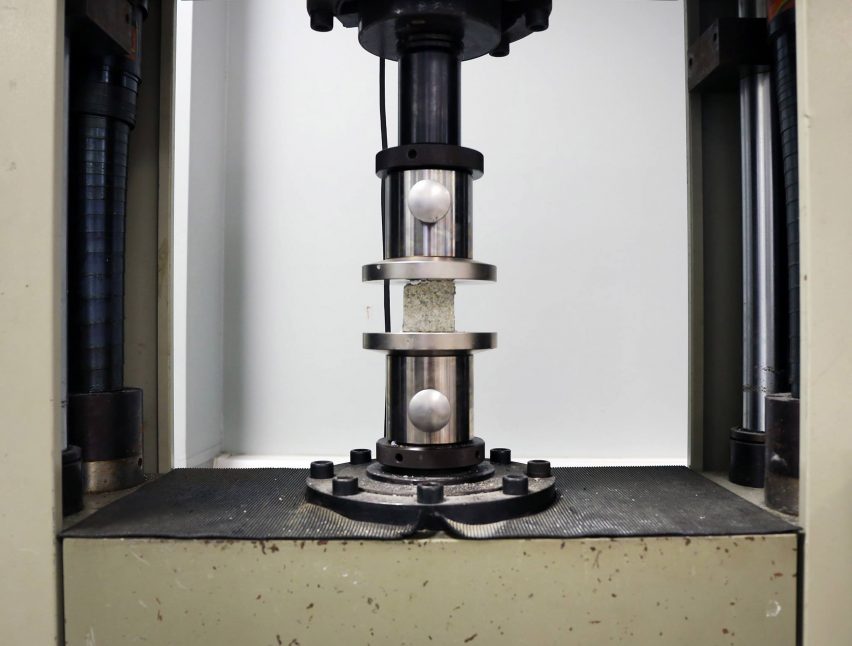 Post-graduate students Carolyn Tam, Matteo Maccario, Hamza Oza and Saki Maruyami came together to create a building material that could be made from the plentiful, naturally occurring material.

While course, gritty construction-grade sand is stripped from beaches and river beds, desert sand has remained an untapped resource as its wind-swept grains are too fine and smooth to be used as filler in concrete.

“We looked at sand because we thought sand was abundant, but actually when we did more research about sand [we found] it wasn’t,” Tam told Dezeen.

Sand scarcity is a global issue 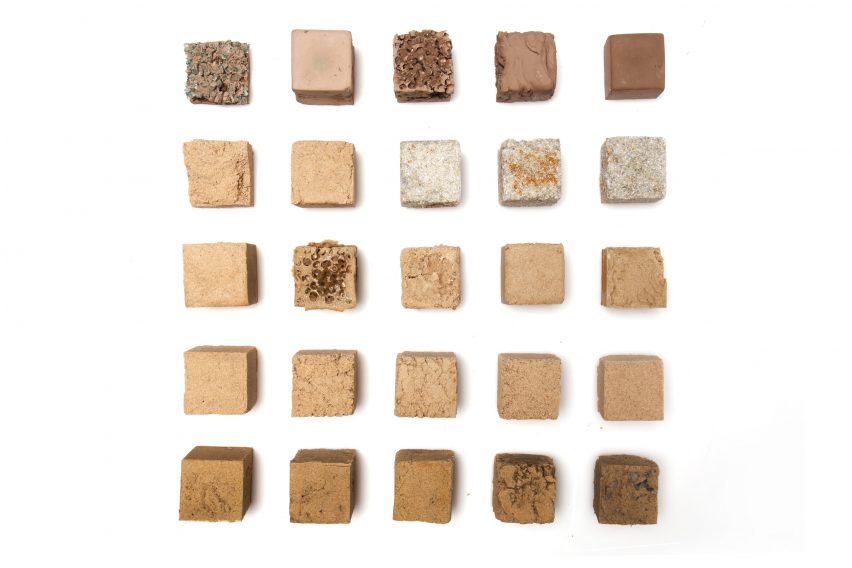 Last October Dutch designers Atelier NL held a symposium at Dutch Design Week to discuss the sand crisis, which will affect glass-making and computer chip manufacturers as well as the construction industry.

“Sand is the most consumed resource on earth after fresh water,” Atelier NL told Dezeen at the time.

“Yet sand is being excavated at a rate faster than it can renew itself,” said the designers, who are working on a project to explore how different types of “wild” sand could be used to make glass. “It is disappearing from shorelines, rivers and sea beds, causing disastrous effects for both environmental and human systems.” 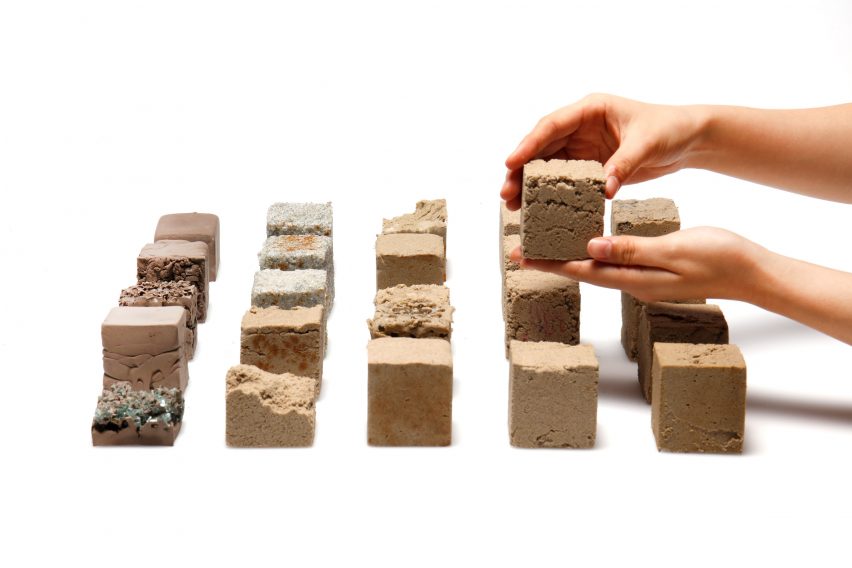 “The wars that are going on for sand throughout the world,”said Maccario. “All these things were crazy to us when we found out.”

Finite could change that. The binder ingredients are a guarded secret, but the scientists are confident that it outperforms concrete on key sustainability metrics.

“The main binder in concrete is responsible for five per cent of global CO2 emissions, which is huge,” said Maccario. 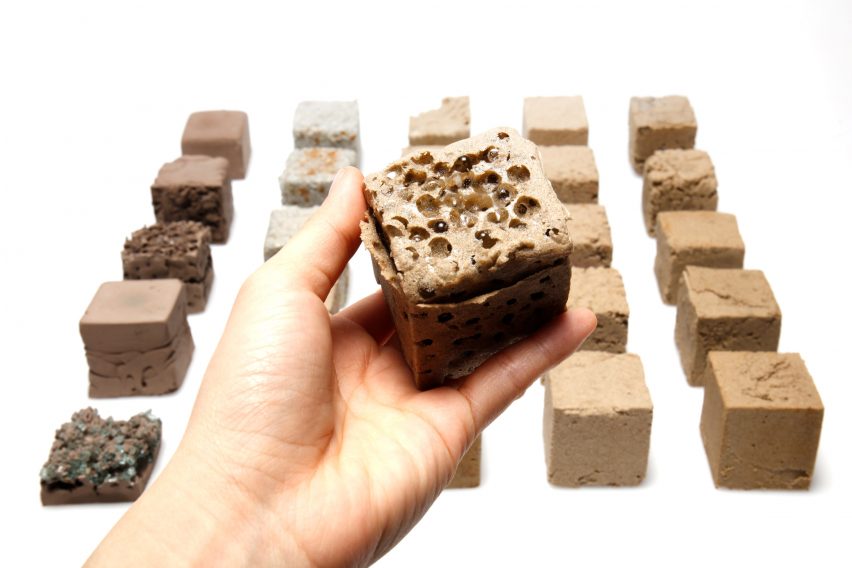 “Our worst-case estimate right now is less than half the CO2 footprint than concrete, in terms of what we are using,” continued Maccario.

As well as being low-carbon and taking the strain off current sand sources, Finite is much more reusable than concrete, which often ends up in landfill. 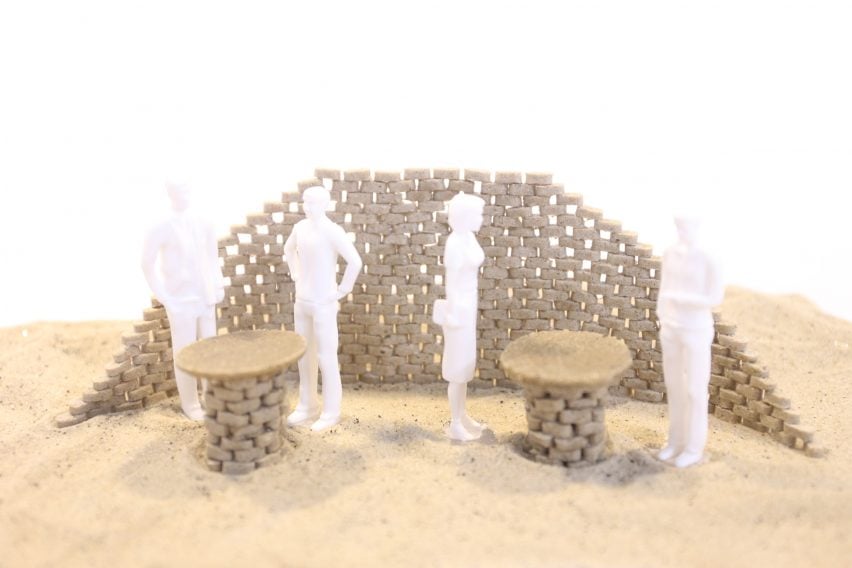 “If you make a block of it in the future it’s quite easy to recycle and not use any virgin material, whereas concrete needs to be essentially ground up and then used as filler for the next batch of concrete,” explained Maccario.

Finite is non-toxic and can be left to decompose naturally, or remoulded to be used in another project, the inventors claim.

“We could use the material to make pavilions, then after three months when the event ends it can be deconstructed safely,” said Tam. 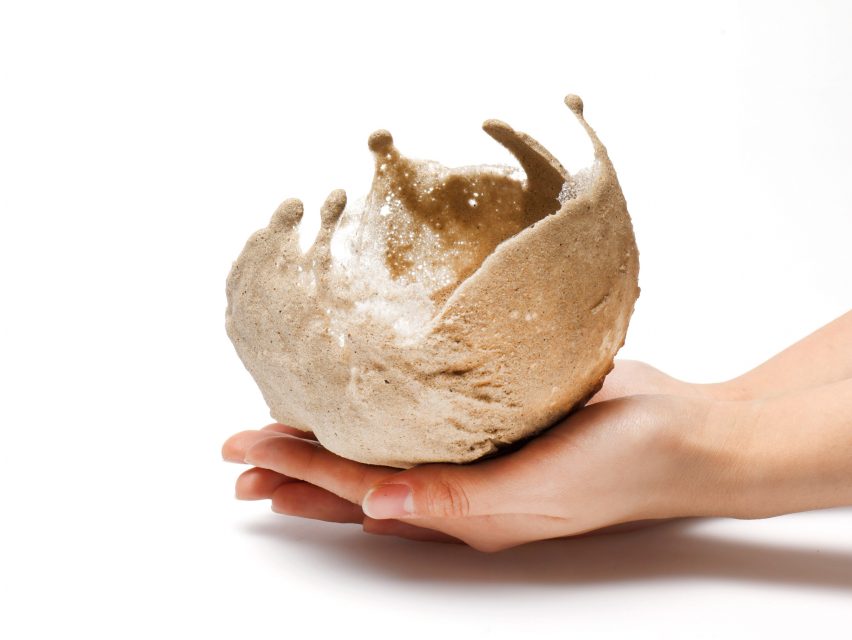 The team believe their material is ideal for use in the Middle East as the raw material for the concrete alternative can be scooped straight out of the desert, rather than being expensively imported.

Theoretically, Finite could also be used for permanent structures such as residential projects, but for this it would need to pass rounds of testing and regulations.

Early experiments with resin casting have demonstrated that the material can also be used to create objects such as vases and bowls. Left untouched, Finite takes on the colour and gradation of the filler, but natural dyes can be added in the mixing process. 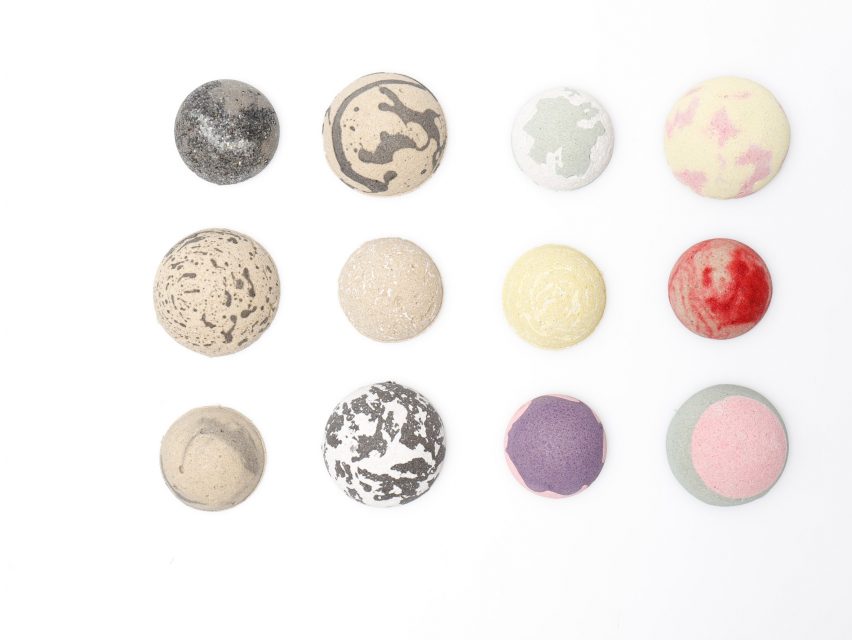 Cost-wise, Maccario is confident that Finite will be a viable competitor to concrete in the construction industry once it is manufactured on a larger scale, because of the abundance of the raw materials.

“It will take more than just our project or one material, but we’re really looking forward to is a future where the built environment isn’t this thing where you keep it there forever or landfill it or down-cycle it, but something that uses nature and is continuously reusable,” added Maccario.

The sand crisis threatens to destabilise the construction industry, which uses an estimated 25 billion tons of sand and gravel every year. A further 50 billion tons per year gets trapped behind dams, meaning ecosystems stripped of sand for industry are not being naturally replenished.